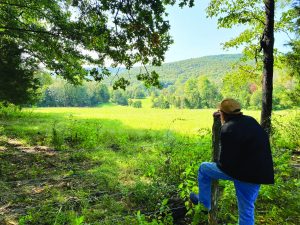 opened February 2nd and the first subscriber to our new hometown newspaper was Howard Perdew.

Despite the loss of one of Howar

d’s best friends, Joe Diffie to Corona virus in March of 2020 – he told of happenings this past year in Nashville that affected both of them.

Howard brought about a smile saying, “Praise God and pass the gravy” as he told of sitting around the family farmon Black Gnat Ridge at Gap Creek this past year, oblivious to the goings on in the country music business and getting a Jon Pardi cover on one of his songs, “Prop Me Up Besi

Our conversation started as Howard spoke of sitting on a sidewalk outside a studio in Nashville on a beautiful October day, then we moved rather quickly to a topic near and dear to his heart – Howard’s four year old grandson.

A pic Howard’s daughter Joanna shared showed John William on a tractor which led to me asking if he had gone from piano lessons to driving a tractor. 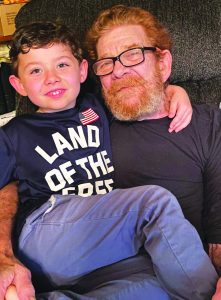 , “I bought that little ole 1948 tractor and I love old stuff that still works.”  He went on to say that he and John William were just tinkering around with the tractor and Howard was telling him what everything was, because he was asking.

Howard said, “John William wanted to know what this was, what that was and what that did.  I was trying to explain what the knobs and other things were used for.”

Howard sounded a lot stronger this time than when we talked last.  He said he was actually worried about himself for a while, but it might have been one of those things that comes with getting a little bit older.  Howard laug 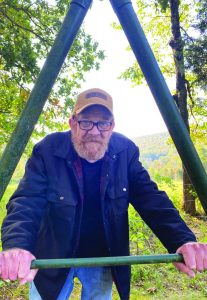 hed and said, “Doctor says I’m getting a few years on me.”

Our conversation then moved on to Joe Diffie – as the loss of Joe to Covid 19 was still at top of mind. When I asked about their friendship, Howard said, “It was such an ordinary friendship that we had right after we started doing business with each other. I can’t remember anything that stands out.”

He commented further, “Joe was always on the go and I was a homebody.  I was always sitting around the house waiting for an idea to hit me or another songwriter to come by to try to work with or getting ready to go to the office and it was all just ordinary and plain.”

When I asked what Joe’s reaction was to hitting the big time, he told of Joe saying, “I can’t hardly believe this.”  Howard said that was Joe to start with.  He also mentioned Joe being overweight (like many of us).  Howard said they actually had to put Joe with a trainer for about a year to get him in shape to go out on the road.

He told of Joe at first feeling like a fat boy from Oklahoma, but he further stated, “Joe could of course sing and he knew he had some talent, but never thought he had the whole package until they worked with him.”  Howard says we will never know Joe’s full potential with him gone

He said, “Joe not being here is hard for me to think about. It’s really hard to accept and I can’t wrap my head around the fact that he’s gone and his talent is all gone with him.”  Howard further stated, “Joe was just amazed that good things like that could happen for him.  He was amazed by it all.”

We talked and talked some more about Howard and Joe at a BMI awards show.  This time, it was Howard’s night to shine as a songwriter. He and Joe was there celebrating “Pickup Man”.

Howard said “Pickup Man’ was a signature song, one of the better ones for Joe and he was very appreciative – that put Joe on the map. Howard received a medallion, cup and certificate that night

and he told of them treating him nice, but the rest of the time, they wanted everyone working real hard.

Howard was no ‘one hit wonder’ songwriter.  He was involved with other songs that Joe Diffie recorded including “Prop Me Up Beside The Jukebox” and “So Help Me Girl.”  Another singer later performed “So Help Me Girl” and took it to number 1 in sixteen foreign countries.

I asked Howard long before the interview if he might think of a true life experience for anyone reading to smile about?  He automatically said, “You know I  might have one.”

The story started with Howard saying, “Lunchtime, believe it or not was a time

when you would run into a lot of people you wouldn’t see otherwise in Nashville.”

He told of there being a handful of eateries that were small cafeteria type places and you could get some extremely good food there – really quick and at a decent price.

Howard said, “I  happened to be by myself one day when I needed to get some lunch and I ducked into one of those places and got in line.  There were only a couple of people in front of me and the place was packed – wall to wall. I really thought I was going to have to wait for a place to sit down, but I kept surveying the crowd for a single spot that was open.  I found one and it was right at the very end of a long table.” 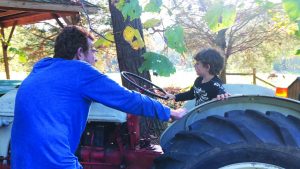 Howard continued, “Sitting there at the end of the table were two older gentlemen probably 20 years older than me on the opposite side.  On the near side, there was another man and at the very end, an open chair.”

Howard thought he would get that spot if nobody grabbed it before he got there.  He said these three dusty old men were sitting there and “I mean they were dusty.”

Howard said, “I don’t know what they were doing that day, but they were dusty and still it just struck me, these are my kind of people. So when I got my plate and ice tea, I went over and stood behind the chair at the open seat for just a second or two.  Howard then asked, “Would you gentlemen mind if I sat here and had my lunch?”

He told of the two on the other side glancing at the other one and not saying a word, but the one that Howard would be sitting right beside of, kind of pointed to the empty chair with the back of his hand and glanced up at him.

Howard laughed and said, “In a voice any assigned guitar player would recognize, the fellow said why not at all … sit down here son and eat your lunch before your food gets cold.” It was Chet Atkins.

Howard said when he got over the initial shock, “I wiggled around and sat down in the chair and started eating and thinking of the thousands and 1000s of records that Chet had helped make – from his own to everyone else’s.”

Howard continued, “I sat there and as I ate, kept glancing over – just to make mental pictures of the famous singer holding a big piece of cornbread.  That will always stick out in my mind – how that big chunk of cornbread was just as important to Chet right then, than the neck of a 100,000 dollar guitar.”

He continued laughingly saying Chet was as friendly as he could be and those were his friends sitting across the table.  It was obvious they were in Chet’s company, although they were busy eating, they did speak a little bit.

When Howard met Chet, he said he was 37 to forty years old.  He was also 37 before he actually realized he could write a song that would compete with what he considered to be the best in the world.  The best in the world came to Nashville to try to write country music and Howard said there he was competing with them all.

He continued on that he didn’t change very much when he went to Nashville and sure didn’t try to act like somebody else. It got him a lot more attention.

Howard added, “I was just me, the same guy, the same fellow that grew up on Gap Creek and I spoke pretty much the same way and kept the same sense of humor.”

Jon Pardi making “Prop Me Up” part of an EP cover last year and selling a few million of them made Howard smile and he was oh so proud of Pardi’s “Pickup Man” tribute to Joe Diffie at the CMA awards in November. He is also very excited about this week’s debut of our new hometown newspaper – The Wayne Weekly. 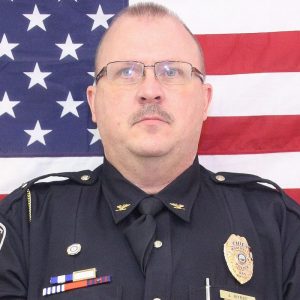